Why You Should Keep Pressing On 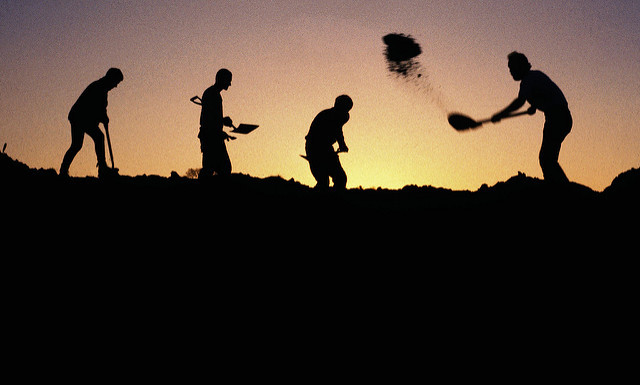 "A little more persistence, a little more effort, and what seemed hopeless failure may turn to glorious success."

Many moons ago, there was this thing called the California Gold Rush. This guy named Darby got a tip that there was gold in this land. He sold all that he had so he could get all the tools that he would need to mine this land. As he starts to mine his land, he gets super excited. His aunt had loaned him money. His cousin had even loaned him money. His whole family pitched in because they believed in him.

And as he continued to mine, he struggled. He got all the equipment into one area and kept mining. He made progress by finding some gold but the vein of gold ended. He kept digging but the vein stopped.

Discouraged and heartbroken, he sold the equipment at a discounted rate and he went on to do other things to pay back the debt he now owed his family money.

Only three feet away.

Have you ever had a dream that you believed in? Something – a hint, a hunch, or a vision – that you sold all that you had? People say they don’t want to put all their eggs in one basket; well that’s exactly what Darby had done.

If you've ever put you're all into something only to not have it reciprocated, you know what discouragement feels like. But what makes all the difference is whether or not you stopped because you were being challenged. Did you quit because something got in your way? I bet you were only three feet away.

When you quit you never know just how much it would take to actually achieve that goal because you take yourself out of the race. You never give yourself that chance to push yourself to your limits. When you quit, its almost as if you disqualify yourself. When you quit, you are no longer running. You cannot get the prize.

When you're tired and want to go to sleep, three more feet.

When you think you can't take anymore, three more feet.

When you need to get one more thing, three more feet.

Don’t let somebody else take your destiny.