Why Hope Without Activation Isn't Enough 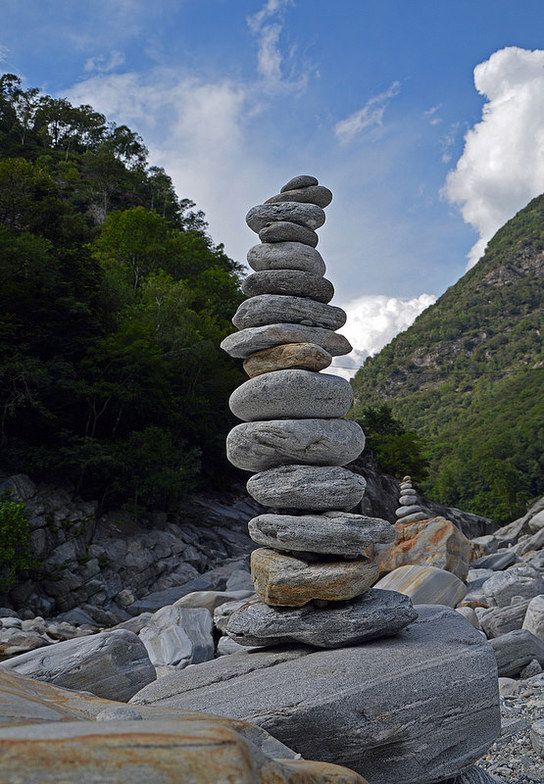 “I was not delivered unto this world in defeat, nor does failure course in my veins. I am not a sheep waiting to be prodded by my shepherd. I am a lion and I refuse to talk, to walk, to sleep with the sheep. I will hear not those who weep and complain, for their disease is contagious. Let them join the sheep. The slaughterhouse of failure is not my destiny."

How do you have hope unless you have faith? And what is faith anyway? Ultimately, faith is the substance of the things hoped for and the evidence of things unseen. So let’s put it this way: hope works like a rope. Faith is the grip on that rope that you use to pull yourself up and closer to your goals. If you let go of the rope (lose your hope) you  are letting go of your grip (faith) and fall backwards.

I like to use the analogy of the million dollar rock.

Imagine we’ve got 100 rocks in a room. If I told you that there was a million dollars under one of these rocks, what would you do? Most would say they'd flip over the rocks until they found the money. But truthfully, what would you be thinking after you've flipped over 10 rocks and hadn't found the million dollars there? Would you continue to flip?

See, our hope isn’t activated until we act in faith. Now if we have faith, we'll keep on flipping until we find the prize eventually. When you do that, you're moving on faith based on what I've told you. You can't see through the rocks to really know if something's there, yet you believe what I've said.

So now you've flipped over 20 of the rocks. You still haven’t found the money. You're starting to get discouraged. Do you hang your head low? Do you quit or give up? Find something else to do? Maybe some people would. That’s what a lesser person would do. But not you. You’re a champion.

So you keep on flipping, looking and conquering. You hold onto the rope of hope with all of your faith that eventually you will get what you came for. People are starting to notice. They're walking by looking at you, laughing at you and pointing at you.

It's funny - the closer we are to our goals, the more negative things people have to say. They don’t know what they're talking about because they can’t see it. But you do. You've already imagined what you're going to do with the money. You've visualized what it feels like. Smells like. And what it can buy.

So you hold onto that rope flipping faithfully for your prize. You started with 100 unflipped rocks. Then you had 80 left. Suddenly 40. As you continue to chip away, eventually you only have 10 left. Sooner or later, you’re going to flip that rock and find that money.

When there’s 2 rocks left, your heart beats fast because you know you’re close. You know that all that hard work and persistence will pay off. The moment comes when you flip over that last one. Finally, victory.

See, it’s not good enough to just believe; you must activate that hope. Whatever that thing is that you want, need or are hoping for, you’ve got to put action behind it in order to get it. It's imperative that you keep on going.

Today, I encourage you to take that step of faith into your own destiny. Get to flipping and get to digging. And #GetAfterIt.