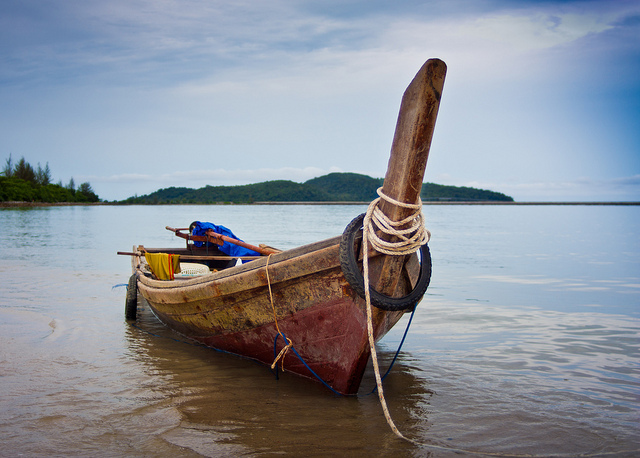 "Success is where preparation and opportunity meet."

I believe that for every single day, in many of the situations we go through, there is an element of expectancy. We go through our day believing that if we do A and B, eventually C will happen. We experience life with a certain expectancy of things. For example, when you go to a restaurant, you expect a server to serve you by taking your order, bringing your food and serving you drinks. He or she gives you what you ask for and after, you pay. In return, the server is in expectancy of a tip. You go to work everyday expecting payment. We plant seeds in expectancy of fruit.

See, there once was a man named Bob who lived in Vancouver. He wanted a boat, but could not at the time afford one. He said to his wife, "Wife, I want a boat.”

“I want to prepare for success,” Bob replied.

After a couple of months, Bob had built a boathouse. It was big and he was happy with it. Then decided to go boat shopping. As he looked around, once again, he couldn't find a boat that he could afford. So he went to his wife again and said, “Wife, I want a boat. I've built a boathouse now and I’m going to get some accessories. I’ll need an anchor and some rope.”

Again, she replied, “Bob, you have no boat. All you have is a boathouse. A boathouse doesn’t need an anchor or rope.”

So Bob went out and found an anchor and some rope for his boat. He came back to his empty boathouse and filled it with his new purchases. Satisfied with what he’d done, he went to his wife a third time and said, “Wife, I want a boat. I'm going to get a hitch and trailer. To which she also replied again, “Bob you have no boat. What do you need a hitch and a trailer for?”

Bob went and got his hitch and trailer and brought it into the boathouse. He then realized he needed a boat cover, so he went and bought the biggest one he could find. Finally, he went to his wife and showed her all that he had done. "I don’t know what's gotten into you," was her only response.

Months went by, and Bob saw a neighbour walking down the street just as he was about to leave. His neighbour told him he was moving to Toronto and looking to get rid of some stuff – including a boat. He asked Bob if he wanted it.

His neighbour said that Bob would need a house, cover and hitch to get it over - precisely what Bob had already purchased.

The moral of this story? In the end, Bob was able to prepare for what he wanted because he believed he would one day get it. It's what kept him going after hours and hours of work put into building and buying boat material.

You’ve got to prepare for what you want. As a former football player, we practised 5-6 days a week for 60 minutes of play. And if we made it to that championship game, and we'd been preparing all year, that meant more practise during off season for another 60 minutes of play.