What Sowing A Seed Really Means 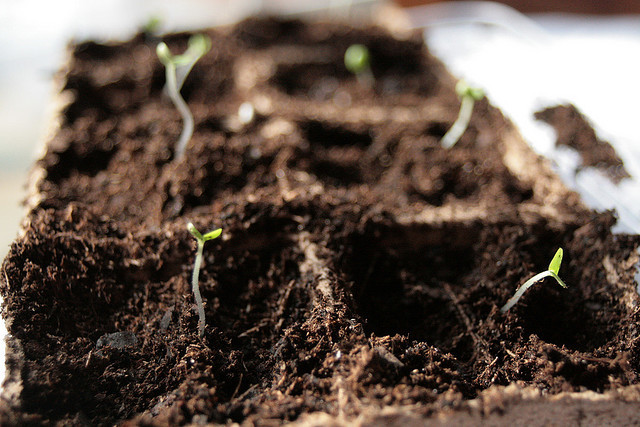 “Don't judge each day by the harvest you reap but by the seeds that you plant.” - Robert Louis Stevenson

One of the greatest principles in life is the concept of sowing seeds. This concept teaches us that if we give something, we can receive something in return. If we plant something in the proper conditions, water, feed and grow it, we can reap something bigger and greater. We have the power to build something that can multiply itself.

I remember one time when my colleagues and I were on a trip. We saw a miserable-looking man sitting on the side of the road. His clothes were tattered. His face was down. He looked like he wanted some money, but when people offered he would shake his head.

One of my friends sat down with him and struck up a conversation while the rest of us continued walking on by. My friend later caught up with us to tell us about the man on the side of the road. He had this amazing story about who he was and how he’d gotten to where he was now, but we didn’t think much of it.

Upon returning, we had to pass that same area. When we passed, we saw that same man again – only this time, he stopped us. He said, “I had to stop you because I want to thank you. Regardless if you knew it or not, I was going to commit suicide. I was here before the church saying my last prayers before I jumping over this bridge. I was ready to go. I was so down and alone. I felt like no one cared that I was ready to end it all. But I didn’t because of you. You stopping and spending those 5 minutes made me feel like I was important. You’re the reason why I’m still here.”

This made me think.

The simple seed of stopping, talking, and spending some time with a stranger went a long way. It not only saved his life, but it also gave him something to believe in. We often don’t put much thought into how are actions are received or the impact they might have on others’ lives. That day I learned that when you sow a seed, you will reap a harvest whether you know it or not. If we had not went back and walked that way we would never have known his situation.

A lot of times we scatter; we plant and water seeds daily but we don’t stop to see the fruit of our work. And sometimes we think that just because we don’t see the fruit immediately, that there is none. Our impact could be actualized in another neighbourhood. Another country. Or maybe just right around the corner, like that man was.

We also can’t really predict how our seeds will germinate. If I speak in front of a hundred people, and it only resonates with two people, that’s still planting. It may change those two individuals’ lives completely. The fruit that is produced within them may give them another seed that they can plant in someone else. And they might speak to another 100 or 1000 people in their lifetime and only affect one. Or many. And the cycle would continue for generations. Imagine that: a single seed that you plant has the potential to influence future generations. Who knows? That seed of contentment and joy might just be the thing that could save someone else’s life.

This concept can be applied to all areas in our lives – whether it is money, business, the people around us, or ourselves. When you invest, you are planting a seed. When you plant a financial seed, the seed is watered by someone who can use that money to make more money. You not only see a return on your initial investment; you see a profit. It’s a multiplying effect. If you can understand and apply this concept, imagine the great things you can do. It could be as simple as a smile that waters an already existing seed of happiness and joy.