To All The Women In My Life 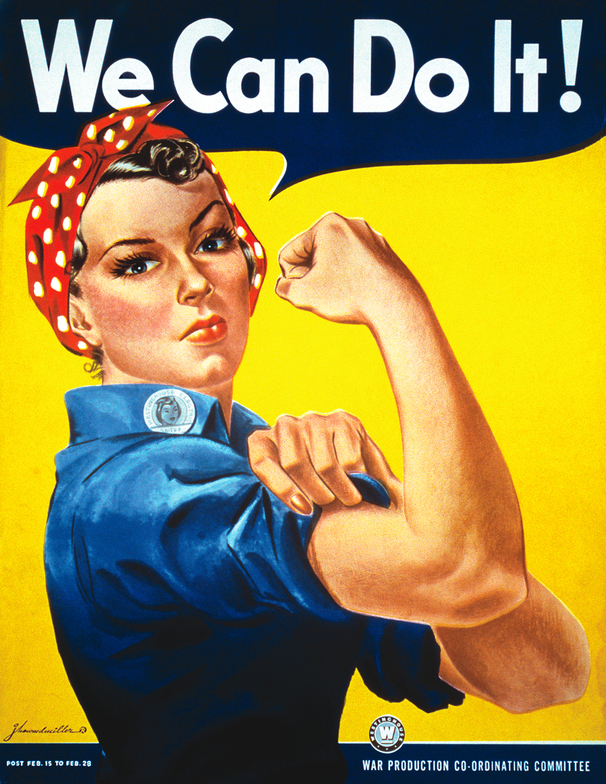 “We are not interested in the possibilities of defeat; they do not exist.”

I believe there is something very special about female leadership. There’s a thing inside of a woman that is very different from a man. It's not just the physical - it’s a spiritual thing. It might even be a mental thing.

I’ve been working and searching, trying to find this ‘thing’ so that I could possess and use it. But I just can’t seem to find it.

It's the same thing that women that allows them to do things like carry a baby for 9 months. It’s a muscle that some call patience moves them to love others, even when that love isn’t shown back right away. During those 9 months, you’re changing your life for the life of someone else. You’re not 100% sure how it will turn out. But through patience and love you keep on going.

For other women, it's relationships; you probably do most of the work. You’re probably the more mature one. Through patience and love you groom that young man to become more mature. You wait on him. You pour love into him with the vision of the man he will become in hopes that he will actually become it.

"You’re going to be amazing," or "You are going to lead or make a difference”. They sow these words into you like ‘I love you’. They hug you, hold you and kiss you. They make you feel warm. They make you feel like even if you fail, you’re still worth something. And they are there for you time and time again without recognition or payment. They brighten situations. When they see you fall time and time again, they don’t turn away from you. They don’t punish you. They love you. They hold you. They encourage you. These creatures called women – it’s like they just know. And they rest on the knowing.

Now, imagine how great that leadership is - resting in the knowing.

I’ll share a quick personal story with you. My younger sister has a passion for fashion. I’ve watched her pursue this passion, despite people telling her that it was a dead-end. Despite people telling her to get into a different field of work. I’ve witnessed her relentlessly pursue her passion for fashion instead. If you know anything about fashion, you’d know that it’s not a world for juniors. It’s a world for people who are seasoned and sitting in the dust of the chairs because they’ve proven what they can do. Hiring someone younger means taking a huge risk.

So she went through university and applied for internships. These internships took us to Ohio and Vegas and other parts of the US. She graduated, came back home, worked for Joe Fresh and other clothing companies as a junior designer. And she put in the work. She was the person in the background full of love and patience. The person who did the dirty work.

She worked 2-3 jobs doing what she could to provide for herself. She wanted a higher position in her field of work. Through multiple internships and job interviews in Washington, D.C. and Montreal, she was turned down over and over again. In fact, she would by making it to the final stages of interviews, but not get the job. I could only imagine what was going through her mind at the time: “Am I good enough? Is this for me? Were those naysayers right?” But she kept on with her patience and love for her passion. Her faith kept her going.

I remember she spent two Christmas holidays preparing a project for a job interview and didn’t get the job. I could only imagine the devastation. If that were me, I would have given on applying and starting something of my own. But she kept on going. That’s what I'm trying to adopt.

She called me last year and she said that while she was working as an assistant at Roots, she was talking to a company in New York. She said that she might actually get the job. I encouraged her to keep on going.

Well, she got it.

Now, in most cases, when a company in the States wants to hire you they will purchase your work permit to have you come down. This company didn’t. So there was yet another obstacle. But, persistent as she was, she paid her own way. She got her own work permit. She found an apartment online and went to New York City all by herself.

I helped her move her stuff down to the States. The amazing thing about where she lived was that there were 4 flights of stairs. It made me laugh. After driving a truck for 9 hours from Toronto to the Big Apple, you’d think I’d be upset by having to haul her stuff up all these stairs – but I wasn’t. It made me laugh. This was a testament of her journey. Now she was going up more stairs, climbing to the top, step by step. Flight after flight. And she lived on the top floor.

Fast forward now to November 2015 (about 6 months after she moved there); she is promoted and given a raise. This was her journey to the top, and it’s still going. She keeps on fighting, working and believing. She keeps on having faith and a passion for fashion. Look where it’s got her.

I wish I could mention you all. I could talk for weeks about the different women I know and the leadership I’ve seen. Today, my hat goes off to you. There’s something special about being a woman that I admire. I pray that thing takes you places that you’ve never even imagined. It's funny, most women don't realize that they inspire people. So thank you. You are more important than you know.

I am well-versed in topics such as: communication, teamwork, problem-solving, leadership, and much more! Click here to book me for your next event!