Embrace Challenge, Be Supported and Grow! 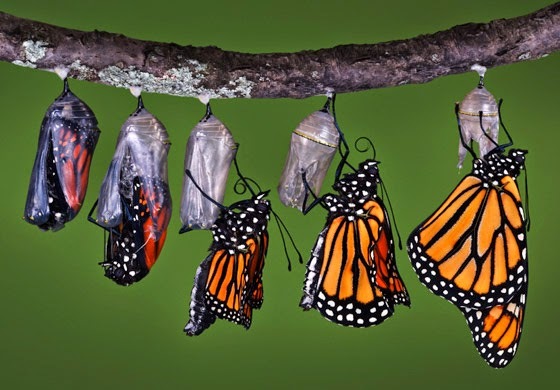 It is the celebrated Martin Luther king Jr who said, ͞Power without love is reckless and abusive, and love without power is sentimental and anemic. Power at its best is love implementing the demands of justice, and justice at its best is power correcting everything that stands against love.͟In the same regard, I say that challenge without support is reckless and abusive, and support without challenge is sentimental and anemic. Challenge at its best is support creating a need for itself and support at its best is fulfilling its purpose in the face of challenge. For those who know me, know that if you are around me, sooner or later you will be challenged. It may be a challenge between the two of us on the go cart track or me challenging you in question yourself.

For example, if you are a friend who constantly comes to me to complain about your job, I may ask, ͞Why are you still there? Do you value money over your sanity?͟Whatever the challenge may be, I will be there to support you. In the former case, after I beat you on the race track, I will be your shoulder to cry on; and in the latter I will be there to bounce ideas off of or even make suggestions as to how you can make your workplace more enjoyable or connect you to people that can help you find a profession that you thoroughly enjoy.

Regardless of the situation you know that with JHood comes challenge, and with challenge comes Support. The outcome, success and growth. How else will the seed grow unless it dies and is broken apart? Can the caterpillar become a butterfly if it is not destroyed in the cocoon? Can the butterfly leave the cocoon and fly away under its own strength lest those muscles are built as he is challenged to get out? During challenges is where you are pushed to learn and grow. To do what is necessary to take things to another level. You also learn a lot about yourself. Today, I believe that we are doing a disservice to our youth today by not challenging them enough. When they are challenged, we refrain from giving them the support they need to overcome the challenge and grow.  I believe that people become weak when they are not challenge. Their confidence goes down and they feel less empowered. We must be able to get to the limit and be pushed just enough outside of it so that we can grow.

I see evidence of this weekly in our mentoring program. In one particular instance I will share, there was a student who was over weight, out of shape and often came in late. He made a lot of jokes about others and portrayed a confidence that was fabricated. He spoke out of turn and loved being the center of attention. I observed this behavior for a couple of weeks and even spoke to the young man Joe one on on on one to ensure that I had a good understanding of him and the situation.  On a typical day, we do physical activity in the gym followed by a group mentoring session. As usual, Joe sauntered in late, and when he joined the activities, he put in a lack luster effort and disrupted others.

To make matters worse, when the facilitator was explaining the next activity to the group, he was disruptive. When asked why he was speaking over the facilitator he shrugged his shoulders to demonstrate his lack of interest in respecting the speaker. We made it to the classroom and once again, Joe strolled in late, while simultaneously speaking loud when entering the class, disrupting the lesson.  That’s when I got really loving. Joe found a seat and I asked him to stand up in front of the class. I pointed out his highlights for the day and how we interpreted them: he came in late, demonstrating that he did not care about our time and making us wait; he spoke over the speaker showing us that he did respect what the speaker had to say; he constantly joked and put down others illustrating that the activities were not hard enough or were not important enough for him to focus on; and he put little effort into the physical activity demonstrating that he did not care much about his health. I called him over weight and told him that his actions were immature, disrespectful and unacceptable. My voice was firm, calm and bold. The class was quiet, as they waited in eager anticipation of what would happen next.  I told joe that the reason that I am saying this is because I am here for him and the reason why we have this group is because we are here for each other. I know people in high school who were gifted. Whether it was athletics or academics, it came easy for them. So easy that they did not develop the habit of working hard.

Because things came easy, it was as if success chased them, and they felt that they were superior to others and demonstrated that by the lack of respect they gave to others. Over the years I have come across those same people as grown adults, and most of them, if not all, are unhappy. They have a crappy job where they feel they are underpaid and under appreciated. Whether they are working on an assembly line in a factory or lifting furniture for a moving company, they don’t like what they do and are miserable in life.  I told the group that if I didn’t tell Joe all of this and I saw him 5-10 years later and he was one of those people, I would be part of the reason why. I would be part of the reason because I failed to challenge AND support him.

I would be part of the reason why because I failed to call him out in from of everyone in the group and tell him that he has to step it up, work harder, and lose weight. I would be part of the problem because I did not tell him that he doesn’t have to feel ashamed of how he looks; we don’t judge him. Rather we are here to support him and build him up. It doesn’t feel good to be ostracized as he does to others, so we wont ostracize him. I would be part of the problem because I was too scared or, timid, or thought he was too delicate to accept the challenge so I kept my mouth shut and let him continue to hurt himself.  I told him that I was publically challenging him. And he had a choice, he could take responsibility and make a change or he could continue down the path he was on. Regardless of his choice, we all would be there to support and push him along the way. One month later, I asked Joe to stand again, this time to congratulate him and present him with an award. He stepped up to the challenge, he came to our sessions on time, he lost some weight and was growing into a positive leader in the group. Myself and other teachers could tell that he was gaining confidence.