Don't Underestimate The Power of Giving 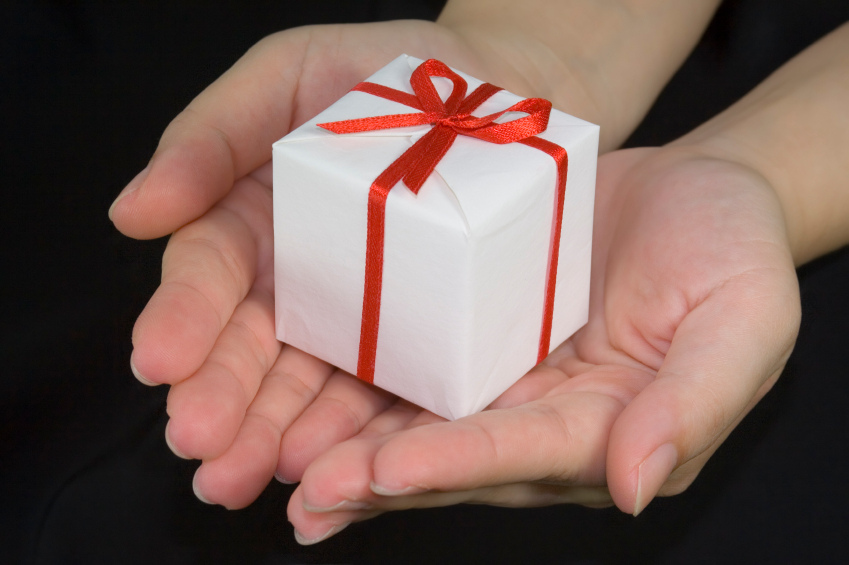 A lot of people give for the wrong reasons.

Some people do it out of moral obligation. They think that it is their duty to 'give back' to the less fortunate. They, in part, do it with the belief that something - anything - good will come back to them in some way, shape or form. Karma. Blessings. A $5 bill on the sidewalk.

Others do it to return a favour. These are the kinds of people who receive extravagant gifts from acquaintances and distant family members, and feel they must 'show out' by buying an even more expensive gift to give them back.

Then there are the honest givers. They are the ones who give what they have, offer what they've made, or buy what they know is meaningful all because they can. They understand that effort put into giving a gift to someone goes a long way. They recognize that sometimes giving them a particular gift at a particular moment can brighten someone else's day in ways they didn't even know were possible.

These are the kinds of people who've moved past self-conscious gift-giving. They no longer ask whether something costs enough or if it matches up to the gift they received.

We overlook what we have in order to seek something else.

I've told the story of the acres of diamonds – the man who sold his property in order to look for diamonds, not realizing he was sitting right on top of them.

I believe that the same idea holds true when it comes to gifts.

Do you remember what Mother's Day was like as a child? You had to make your mother a gift in class and take it home to her. Wasn’t it so special? Didn’t it make you swell up with pride?

You weren’t an artist; in fact, your drawings sucked. And you certainly weren't a poet; it didn’t rhyme and you probably didn’t use proper English and grammar. But she loved it, didn’t she? You didn’t rack up your bill at Wal Mart or Reitman's. You didn’t spend an hour at Coach picking out a purse. You gave what you had.

Imagine if we gave what we had.

I got a call last weekend from a friend offering me tickets to a Raptors basketball game. I gave it to one of my young mentees that had never been to a Raptors game before, much less the Raptors first-ever Eastern Conference finals victory.

This young man had never experienced anything like this before.

I'm not always able to make magic out of tough situations for those who I know are in need. But what I do have are gifts. And I gave what I had.

And it wasn’t because I was some kind of millionaire who could give him the world. It wasn’t even because I went out and purchased this thing. It was because I gave the gift that I had. The amazing thing was the gift was given to me. Imagine the impact, influence, and brightness you could bring to someone else’s day by giving not just a gift, but one of your gifts.