Dig deeper to find your treasure! 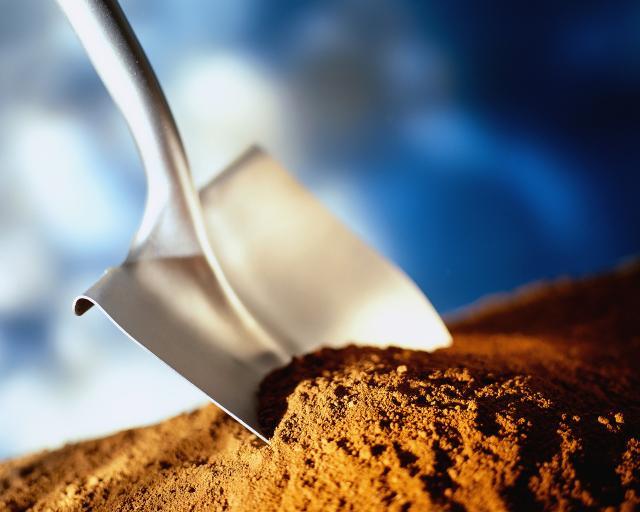 What would you do if I gave you a box of treasure and told you that you had to bury it for 10 years until you could access it? After the ten years it would have grown in value of 1000% its original worth? Would you dig a shallow hole and bury it? Or would you find a secure hiding spot, get a shovel (or a bulldozer?) and dig the deepest hole to keep safe and secure from thiefs?

10 years pass and you emphatically begin digging. After a day of digging under the hot sun, you realize that the treasure has shifted much deeper than you thought. The repercussions of the traumatic event – the earthquake – that hit you harder than you thought. So now you are digging and digging. Digging for a month, digging for a year, digging for the entire two years!! You've been digging so long that you feel like all hope is lost, all the treasure is gone, you've lost your investment, no way to get it now. So you lay your shovel down and take a break to cry. You take a break to sob, a break to feel sorry for yourself and wallow in the regret of not searching for it earlier. But then, just as you thought all hope was lost, just as you kicked the shovel into the hole, you hear a loud "thud" and you see something shiny in the dirt. You enthusiastically jump into the hole to get a closer look. You grab that shovel and restart the digging.

Minutes later you emerge from the hole, glowing inside and out. Both from the sweat reflecting the sun off of your worn skin, and second from the accomplishing act that you just committed: you stayed in the race, you kept on digging, you were about to, but you didn’t give up, and now you have your prize.

How is that any different from unlocking the treasure inside of yourself? How many times have you had an idea or dream that you wanted to take to another level? How many times have you felt like there is some kind of greatness inside of you and you didn't know what it was, but you knew that you had to do something to get it out? What happened when you started on the path to reveal your buried treasure? Did you try to dig it out to find your inner champion and reveal it to others? Were you discouraged when the first person you told laughed? Did you keep going when you hit a roadblock along the way? What about when your shovel broke and you were stuck and didn't know what to do? Did you give up, get help or use another tool?

What did you do when an earthquake hit you? That trauma that seemed to drive the greatness you were so close to uncovering, back into the dirt. That break up from a relationship you put your all into; that client you really wanted to work with who chose to go with another consultant. What did you do? Did you stop? Did you give up on yourself, or did you keep on digging? Did you feel that you were on the brink?? Oh so close? Steps away from your greatness, and didn't quite get it? How did you respond? DESPITE THE DRAMA, DESPITE THE HEAT, DESPITE THE TRAUMA, did you keep on digging?

You have got to keep on digging, and hear is why: that greatness is so special, so potent, so phenomenal, that God buried it deep inside of you, and it is going to take years and years of work to get it out. Because the most precious things are found within. They are buried deep where moth and rust cannot destroy, where wolves cannot kill and where fire cannot burn. YOUR GREATNESS IS INSIDE OF YOU AND IT MAY TAKE WEEKS, YEARS, OR EVEN DECADES, BUT IT IS UP TO YOU TO DIG IT OUT!